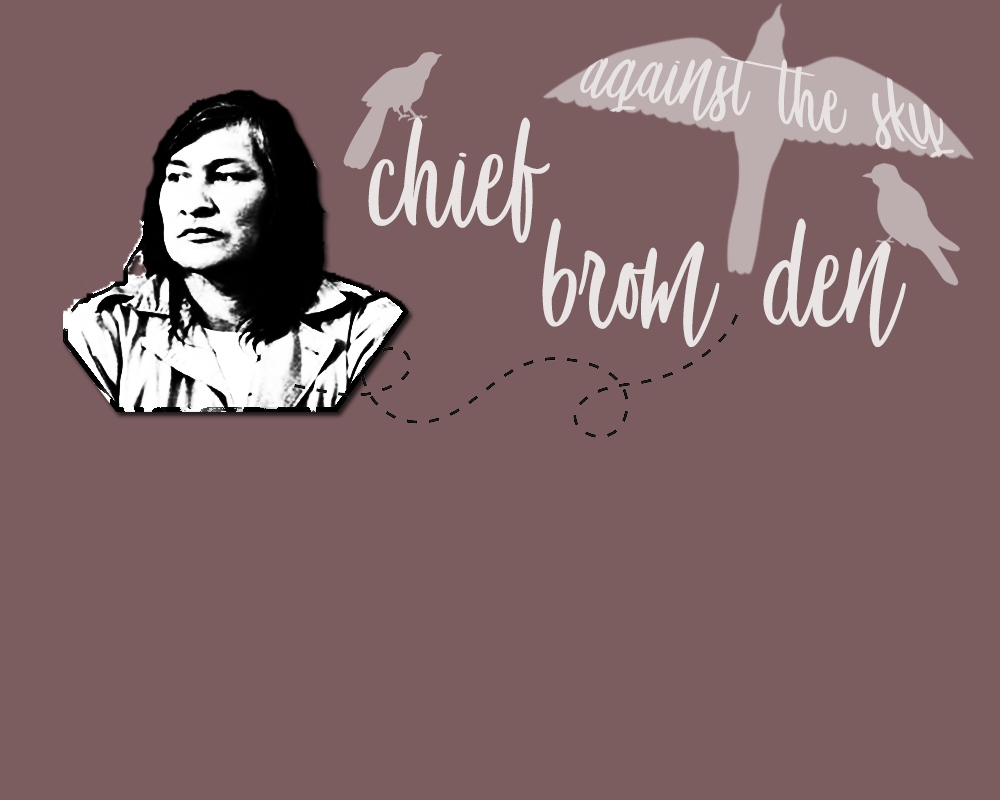 Chief Bromden is a character from the novel and film adaption One Flew Over The Cuckoo's Nest (and narrator in the novel), and was portrayed by Will Sampson. Chief Bromden (nicknamed Chief Broom as he is tasked with sweeping floors) is a patient in a mental hospital where he meets a new patient that forever changes his life and the lives of the staff and patients.

The new patient, Randle McMurphy, is faking mental illness to avoid time in a work camp, and catches on very quickly to Chief Bromden's own fake symptoms... Chief Bromden has been faking being deaf and mute. But in doing this, he is able to learn many secrets and observe people without being noticed. He is very insightful into the lives of the staff and patients and sees things many do not. And through his relationship with Randle, Chief Bromden is able to take back his life and freedom, and also gives Randle his to the best of his ability.