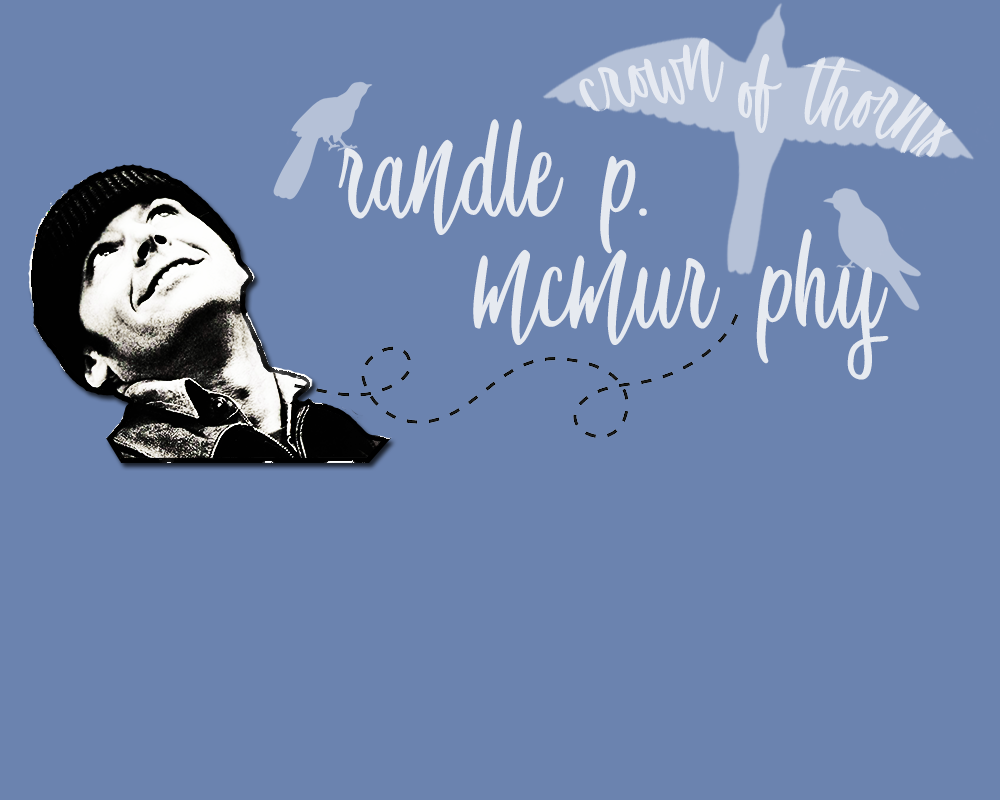 Randle McMurphy is a character from the novel and film adaption One Flew Over The Cuckoo's Nest and was portrayed by Jack Nicholson. Randle is a man trying to avoid time in jail or a work farm and pretends to have a mental illness. But coming to a mental hospital is more than he bargained for. He brings life and joy to his fellow patients and rebels against Nurse Ratched. But he will soon learn that crossing her was a mistake.